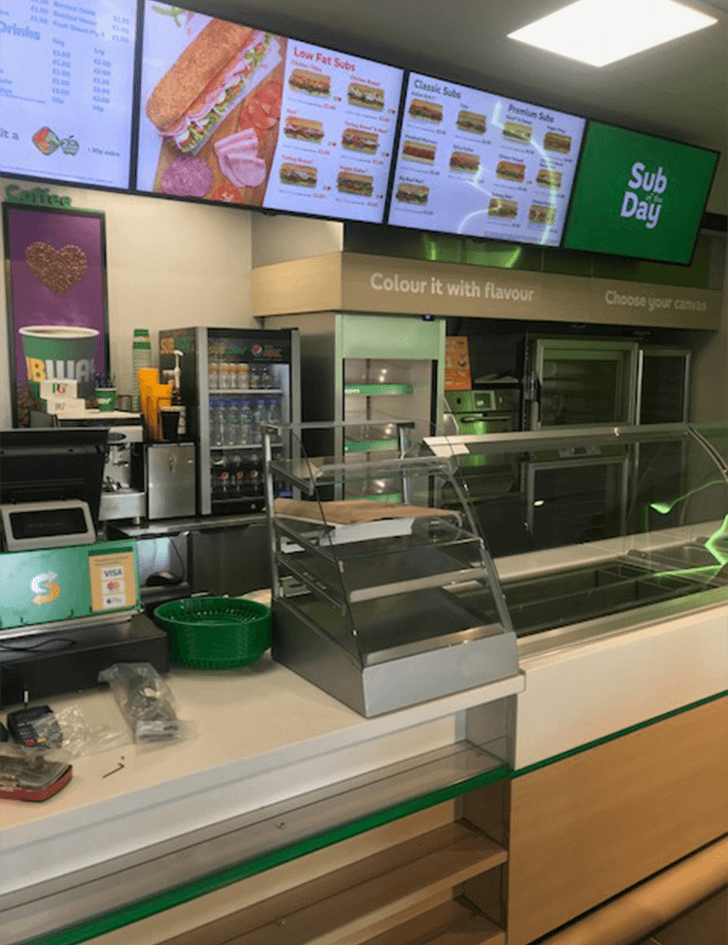 This complete turnkey fit-out was completed within time and budget for Forecourt giants Applegreen. Every aspect from design to delivery was managed in-house and produced to the highest of quality standards.

Featuring a super modern Subway, food-to-go and large seating area, the customers of Applegreen in Ludlow are sure to be thrilled.

Rajindas Indian restaurant at Whinfell Forest’s Centre Parcs resort has been lovingly restored by the Jordon Group. The project was led by Managing Director Paul Jordon and his highly experienced team of joiners.

The project took four weeks to complete, both the Jordon Group & Centre Parcs are beyond happy with the final results. 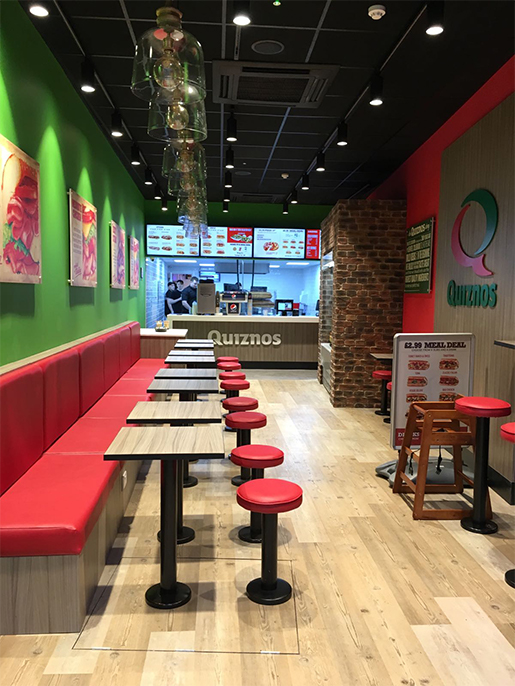 This sandwich sub restaurant began 30 years ago in Denver, USA. Since taking the UK market by storm, Quiznos has just opened their fifth franchise in Newcastle and the Jordon Group had the honor of being their chosen shopfitting contractor.

This project was headed by our Retail Design Consultant Gareth Lowry and his shopfitting specialists. The dedicated team worked efficiently throughout the re-fit to ensure it was completed within time and budget and delivered the highest quality finish – as standard with each and every Jordon project. 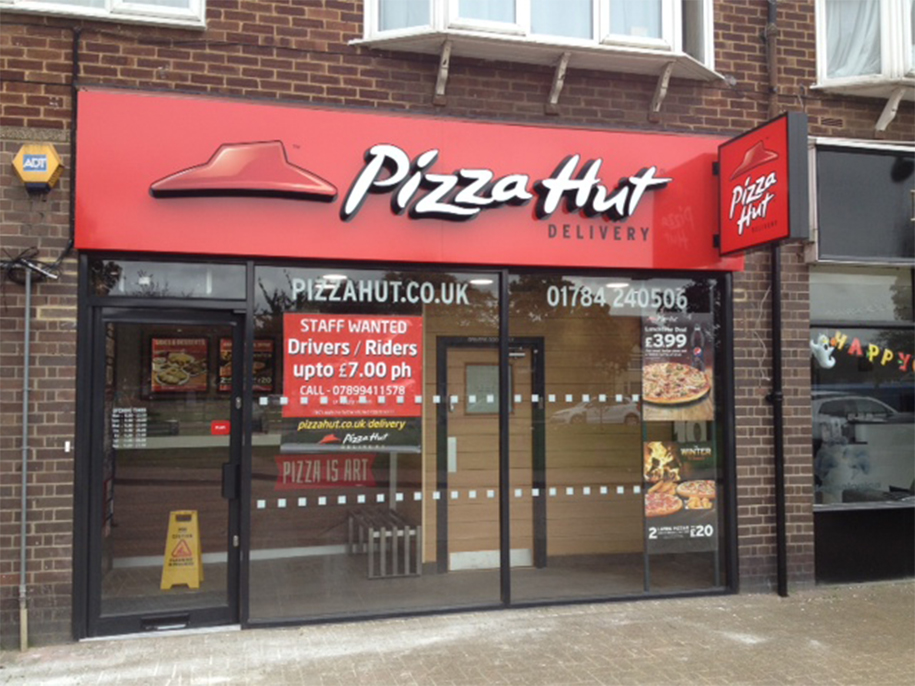 From start to completion the whole project, lead by our Retail Design Consultant Gareth Lowry, took just 4 weeks. The Jordon team worked around the clock to ensure the scheduled time frame and budget was met. Joinery, ceiling, flooring, shop front, building works, plumbing and decoration were all completed to the highest of quality standards to achieve the impressive end result, we’re sure you will agree… 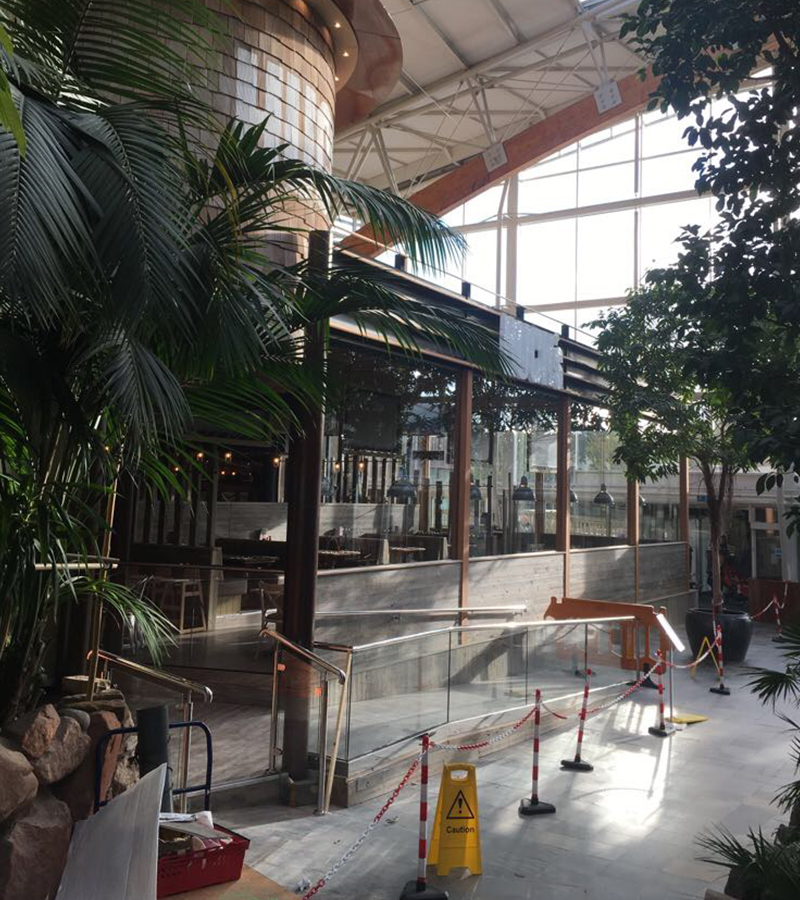 The Jordon Group have recently had the privilege to work alongside Centre Parcs to completely refurbish their ‘Hucks’ Restaurant in Whinfell Forest, Cumbria. This outstanding re-fit is sure to make families smile on their stay-cation! 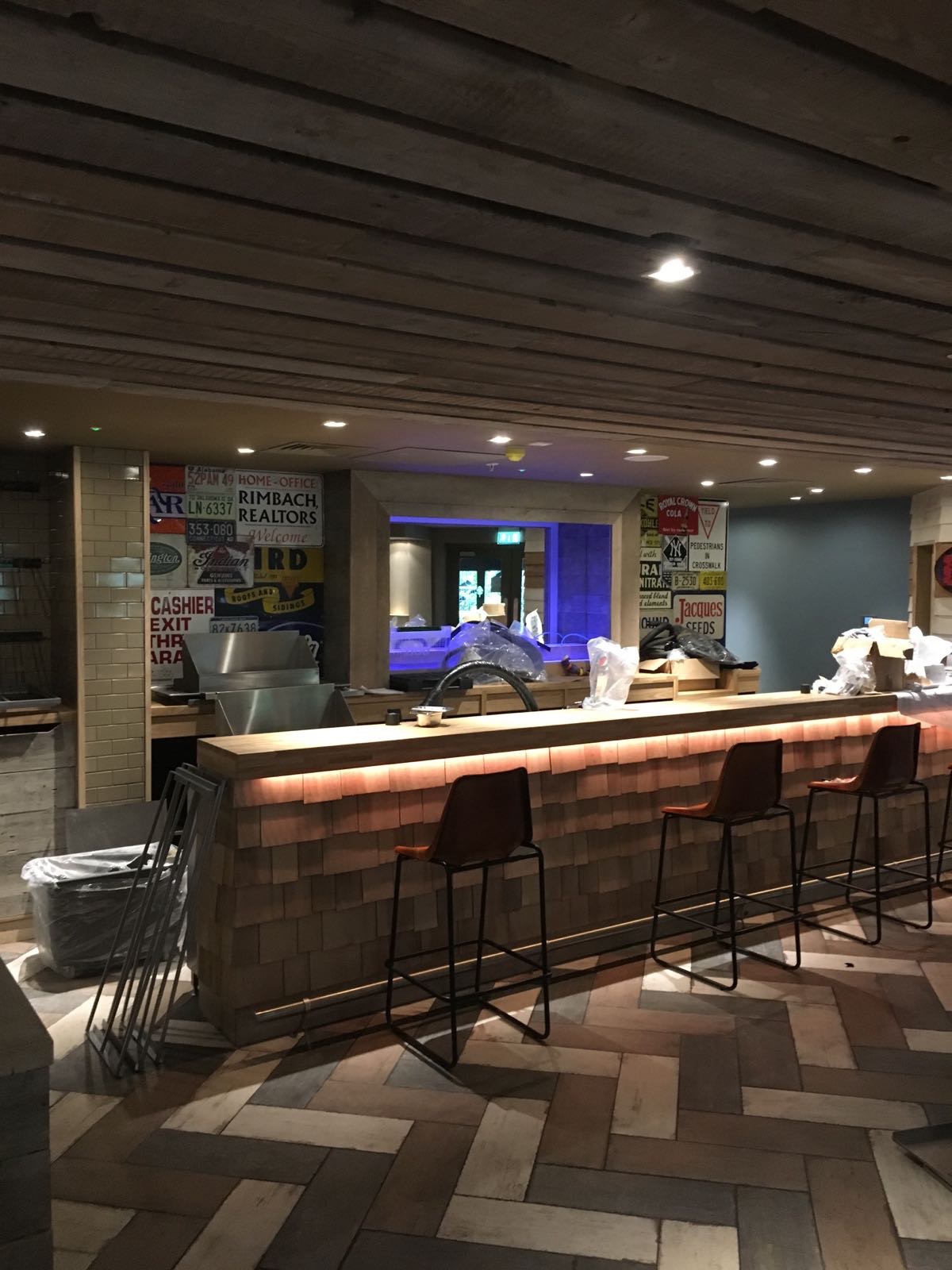 The Jordon Group have recently had the privilege to work alongside Centre Parcs to completely refurbish their ‘Hucks’ Restaurant in Eleveden Forest, Suffolk. This outstanding re-fit is sure to make families smile on their stay-cation! 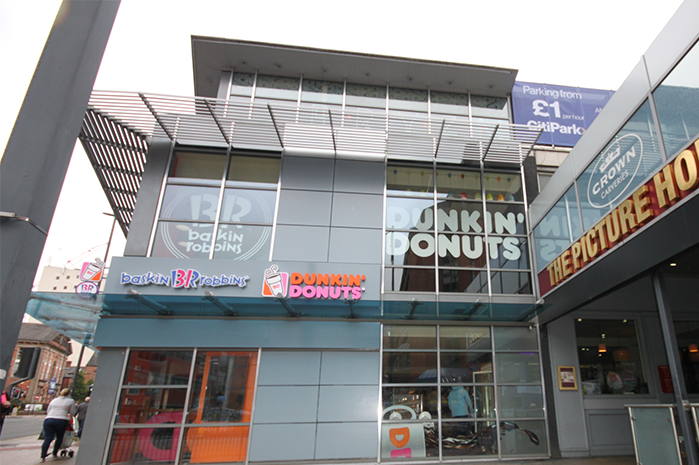 When Dunkin’ Donuts approached us to be the principal shopfitting contractor to the new Dunkin’ Donuts and Baskin Robins store in the Merrion centre in Leeds, we were naturally thrilled.

From initial consultation to final touches, the Jordon Group ensured the whole package was delivered in a seamless, professional fashion. From flooring to lighting, custom graphics to bespoke furniture, all original visions were made a reality. Over an 8 week period, we transformed this once disused nightclub into a perfect doughnut eating paradise! 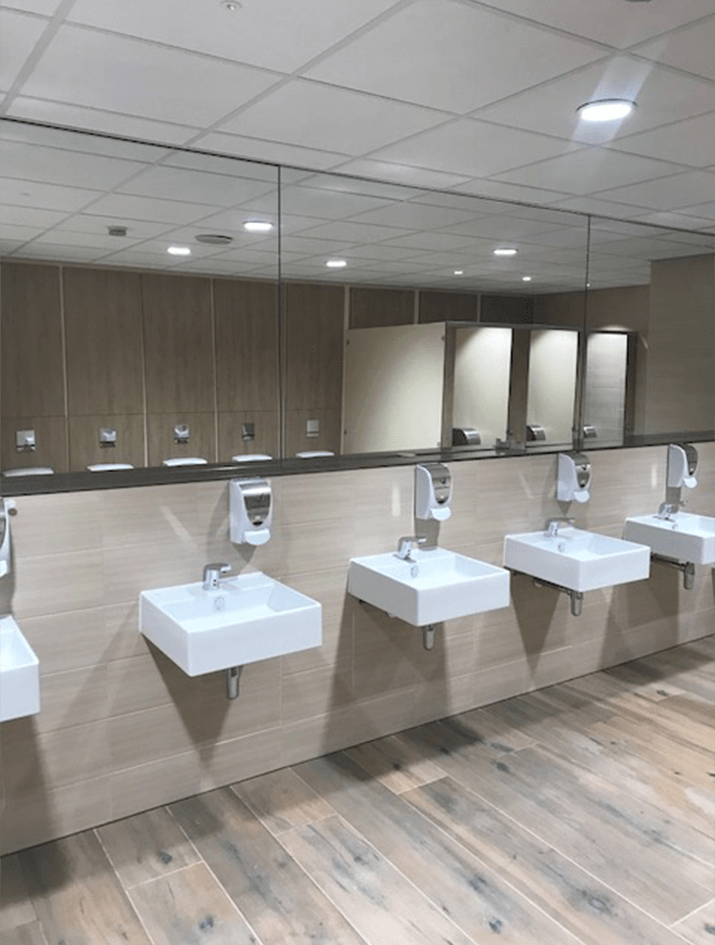 We don’t just fit-out Convenience Stores and Petrol Forecourts, we are proud to have just completed the redevelopment of the bathroom facilities for Center Parcs at Whinfell Forest in Cumbria! Visitors to the Whinfell Forest resort will now be able to go to the bathroom in pure luxury… 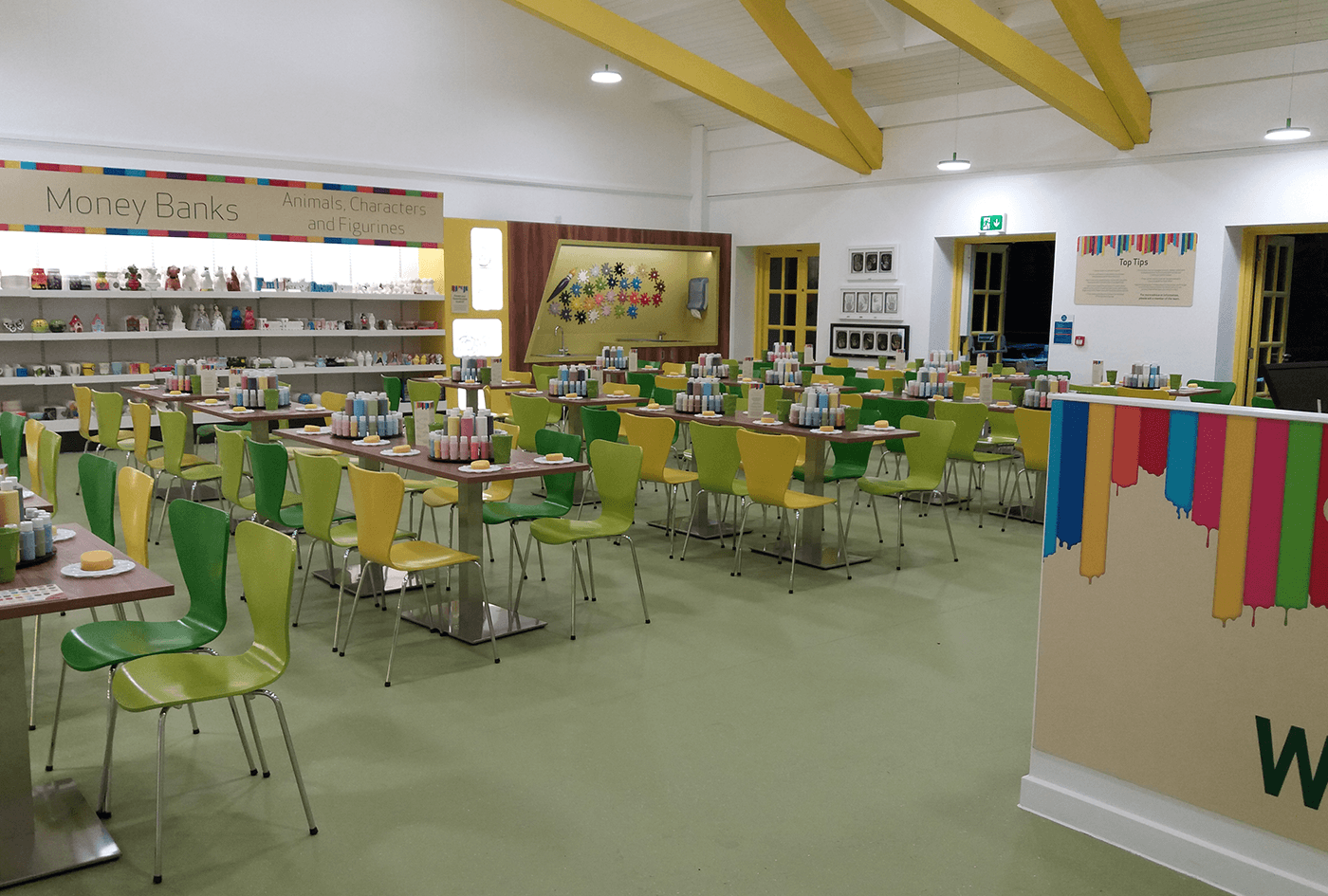 We don’t just fit-out fine food stores and coffee shops, we are proud to have just completed the redevelopment of the Pottery Painting Studio for Center Parcs at Longleat Forest in Wiltshire.
Visitors to the Longleat Forest resort will be able to take time to relax and unveil their inner artist, before glazing their creation overnight for a professional finish, whatever the weather is doing outside! 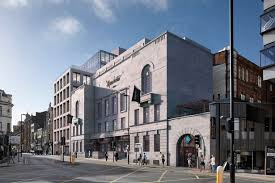 Dating from 1929, the venue has been left largely untouched for decades and its new owners have spent two years lovingly restoring and refurbishing it, working in close collaboration with English Heritage.

The grade II listed building on Bridge Street, now known as Manchester Hall, houses a boutique events space along with several restaurants and bars, including the newly-opened Masons on the ground floor.

Many original features have been preserved including a reception desk built out of an old organ which now greets guests as they walk in.

“The first floor has a masculine feel with lots of reconditioned oak panelling and parquet floors, in line with the conferences and business meetings,” said director Deepa Parekh, formerly managing director of The Circle Club. “The second floor is more neutral, a bit softer and more feminine which lends itself more towards weddings and fashion shows.”

The Jordon Group are delighted to have been appointed as the Air Conditioning Contractors for this outstanding building. Phase one of the developments began with the piping, ducting and all AC works on the third floor. The owners are so thrilled with the work that we have completed they have appointed us to take the Air Conditioning throughout the building to include the first and second floors.