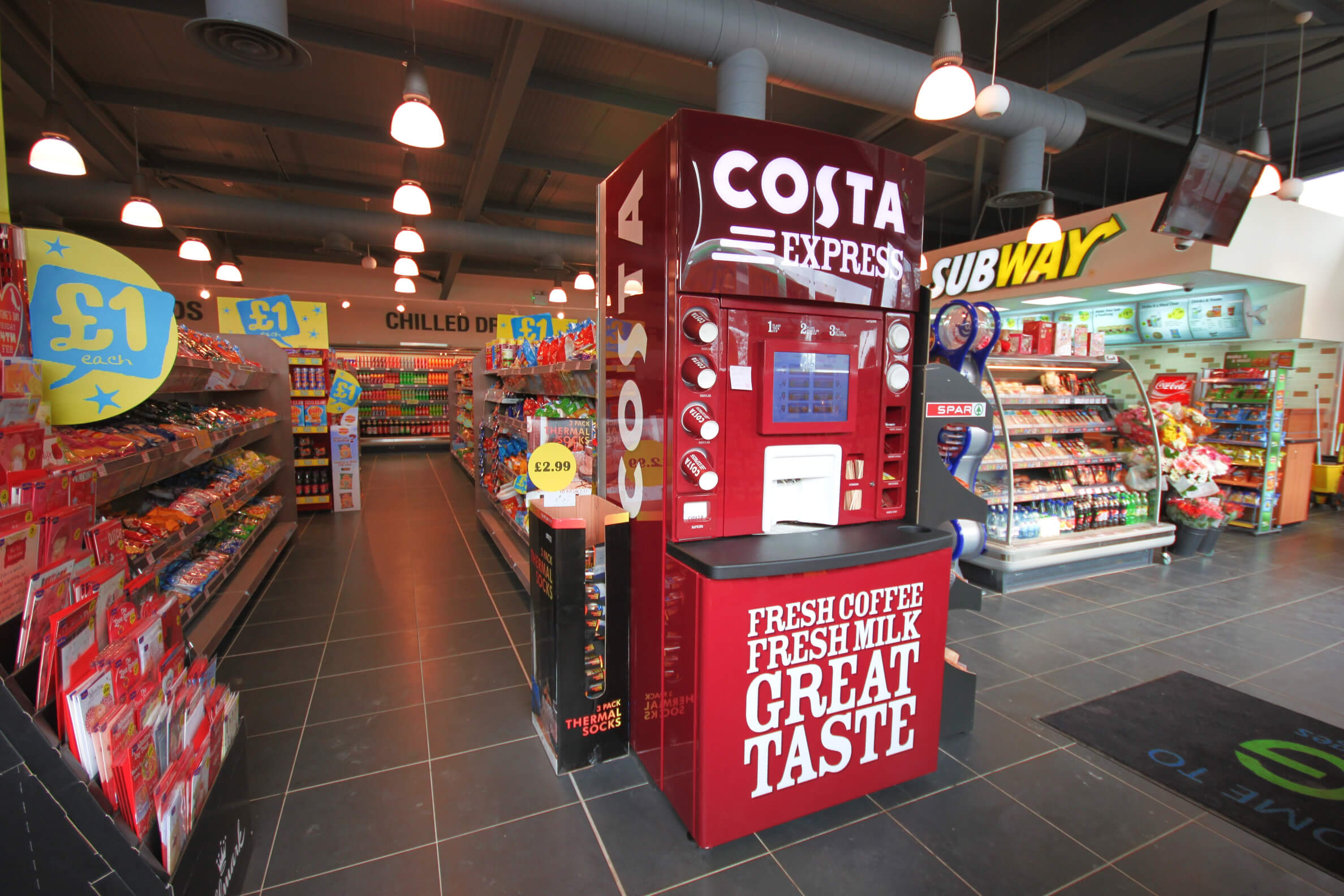 A SPAR petrol forecourt in Leicester which we have recently fitted-out has installed a Heat Recovery system connected to a Daikin CVP system. The system provides all the hot water needs for the busy SUBWAY and COSTA outlets in addition to the rest and staff facilities. The system is the smallest one we supply and has a 50-litre storage capacity with a 3kW internal heat exchanger which can recharge the tank every 50 minutes. The heat exchanger is double twin wall design which ensures that even in a failure situation that the refrigerant and water can never come into contact with one another. This is a legal requirement under EN1717 for any business handling food. The system is simplicity itself, maintenance free, having no moving parts it is highly efficient due to the innovative design of the heat exchangers that can remove up to 100% of the energy produced by the refrigeration plant. The system was fitted with an optional heat meter that monitors the real time hot water usage giving SPAR accurate details of the cost savings the system is delivering.
The annual energy saving for providing the 384,000 litre of free hot water is over 18,600 kWh.

The annual cost saving is over £2000 per annum giving a payback of under two years.

SPAR can now also boast a reduction in its carbon footprint of 10 tonnes of carbon a year.

The Jordon Group can supply and install Heat Recovery Systems for any working environment which will provide free hot water and huge energy reductions. For more information or a free site survey and quotation, contact us today! 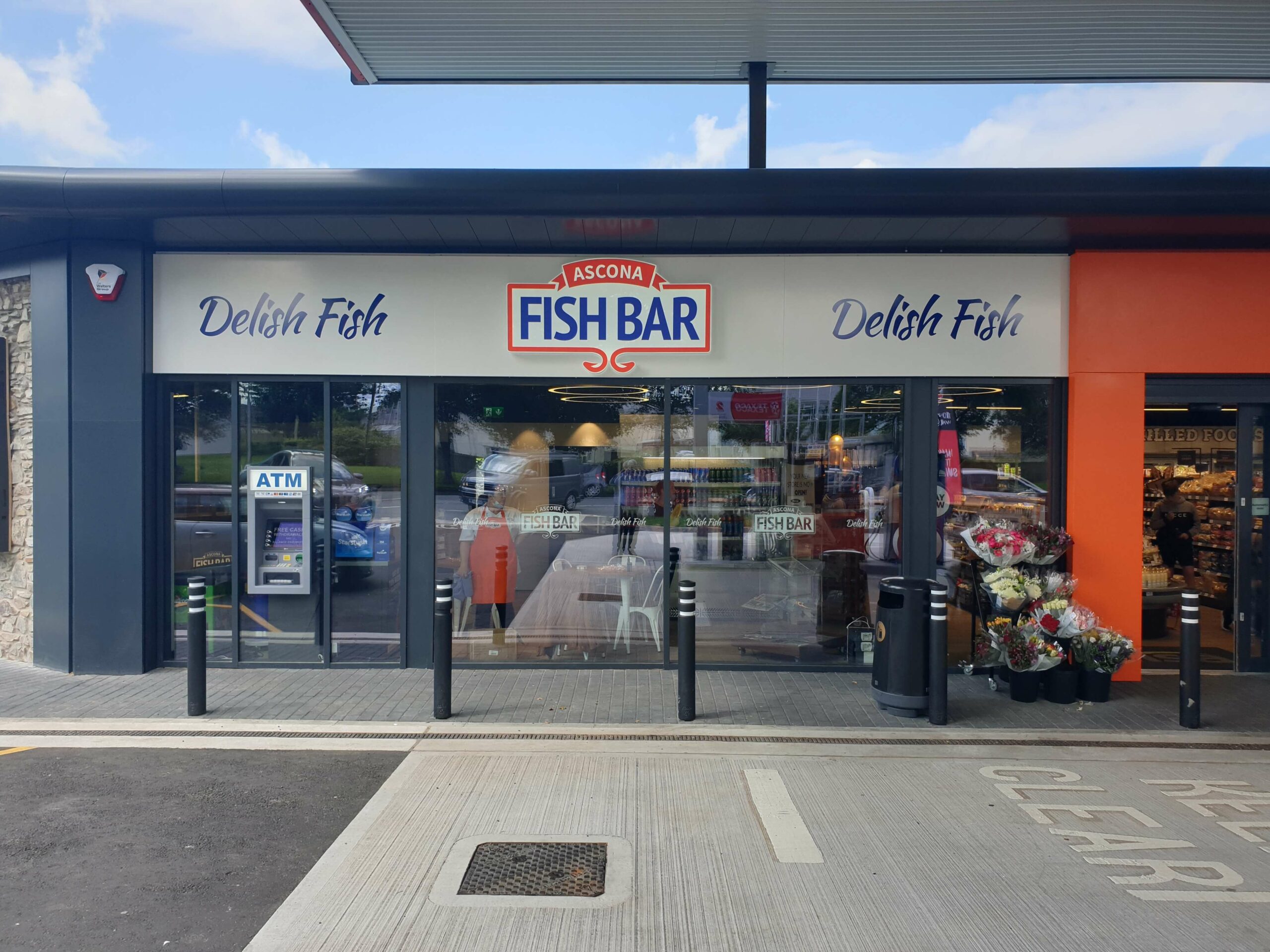 The Jordon Group have recently had the pleasure of redeveloping Green Garage Service Station for the Ascona Group. We first worked on this Service Station 10 years ago for the wonderful founder and Managing Director of the Ascona group, Mr Darren Briggs. At the time it was his first garage and now fast forward 10 years he is the proud owner of over 50 sites and has just won Welsh Entrepreneur of the Year! The business is now firmly within the top 10 independent forecourt operators in the UK at number seven and the target is to turn the Ascona Group into a top three provider within the next three to five years, can we just take a minute to celebrate this! The newly updated Green Garage Service Station is now more great than ever and features a Nisa Local including F’real milkshakes, Tango Ice Blast, Costa Coffee; an on site Launderette AND a Fish Bar with online ordering!

Best of luck to Darren and the entire team at Ascona for more success in the near future and thank you for choosing us for your fit-out contractors. 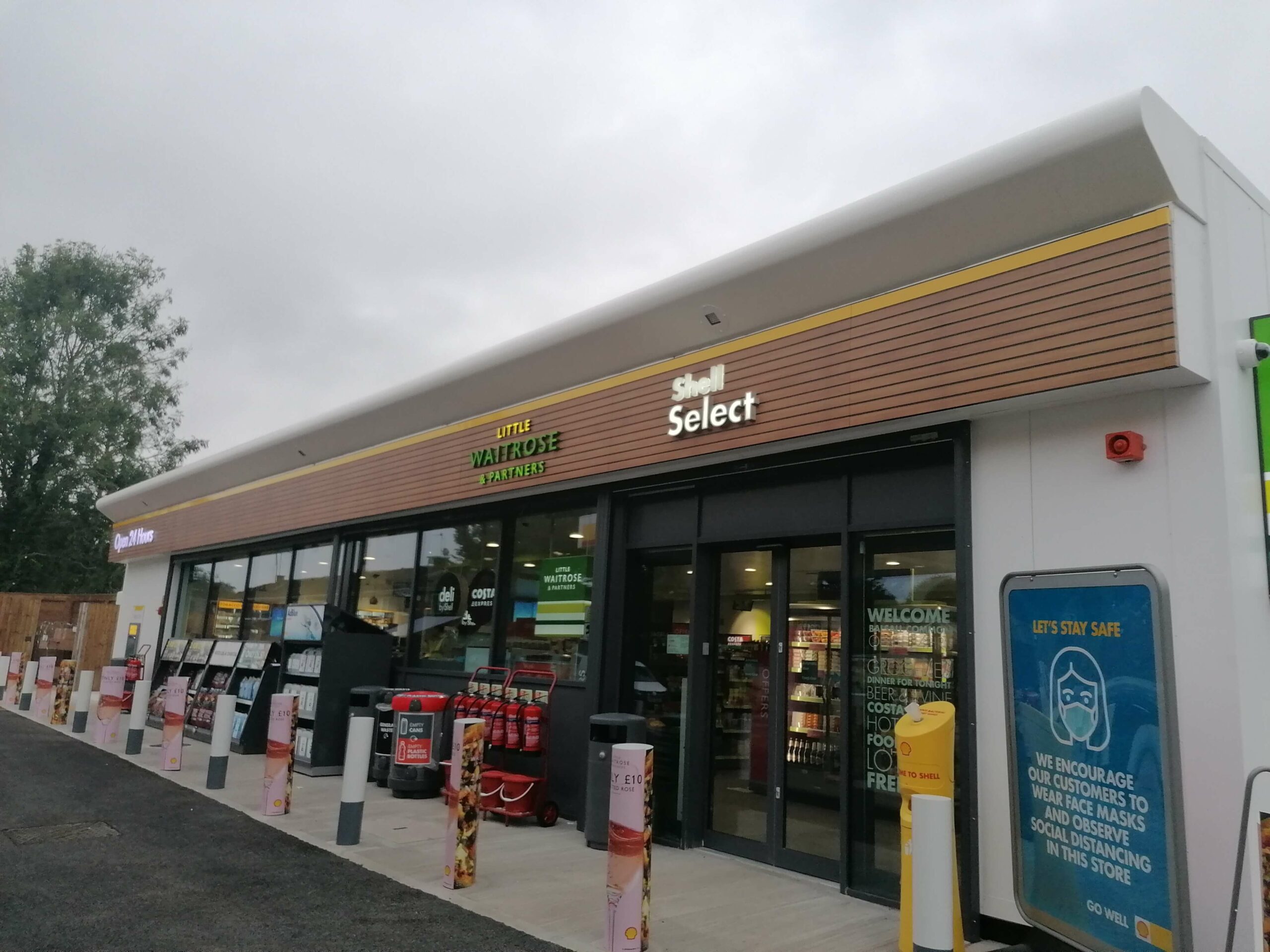 We are proud to add another Shell and Little Waitrose Store to our collection. Recently opened, we supplied, installed, and engineered the refrigeration and air conditioning for this great forecourt in Balsall Common, Coventry.

Our thanks go to Shell for choosing us as their refrigeration specialists. 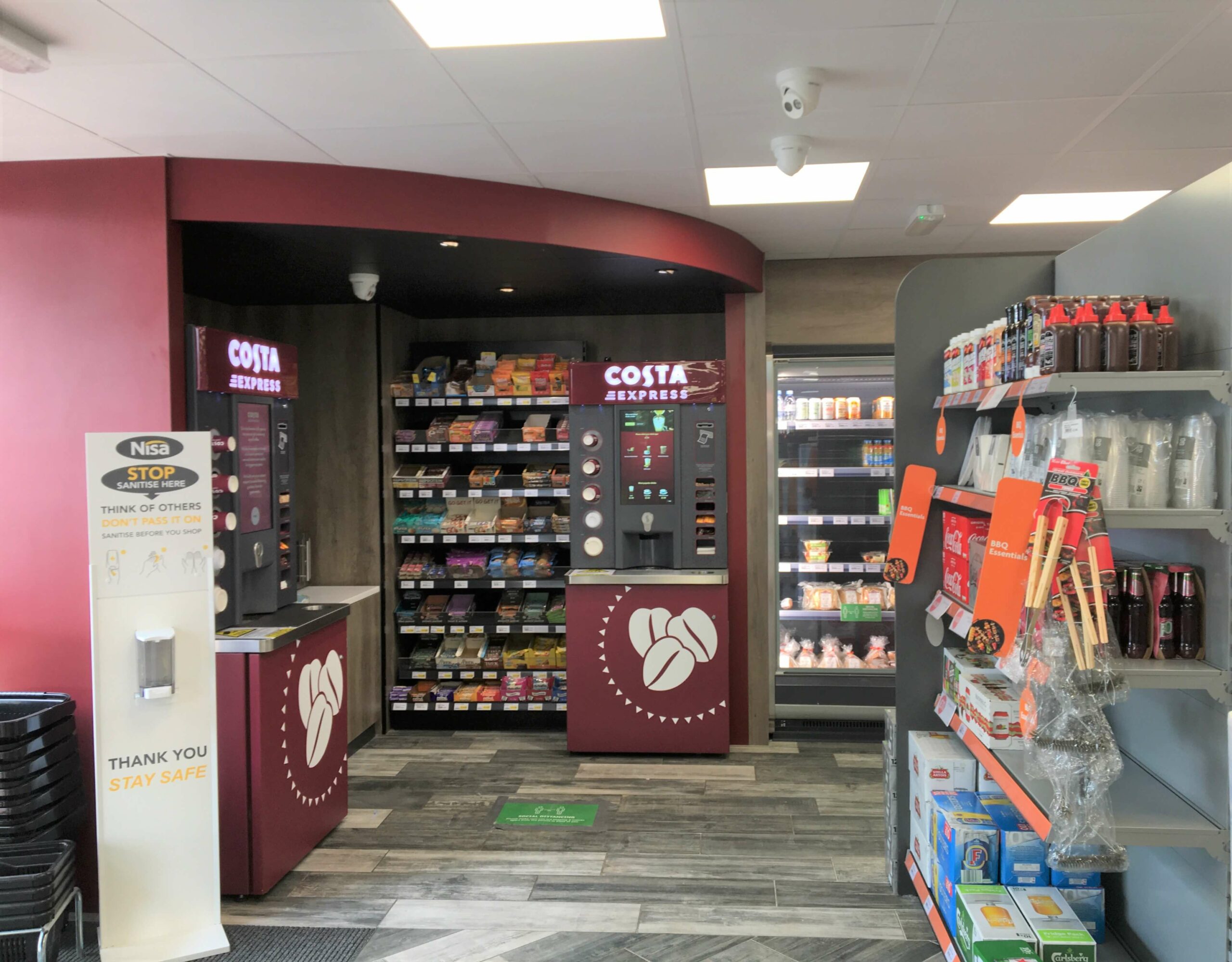 Well-known and successful forecourt retailer the Highland Group has signed a deal to be supplied by Nisa Retail.

The group, run by father and son team Steve and Tom Highland, agreed terms and commenced trading with Nisa in April, at the height of the Covid-19 crisis.

The group, which currently operates four forecourts, has initially moved its business in Royston, Herts, across to Nisa and the store has been converted to Nisa’s Evolution format and fascia.

Highlands of Royston, Greenfields Service Station operates on the A505 dual carriageway. The site has recently been extended and renovated by the Jordon Group, to 2,000 sq.ft. In addition to the new store which offers a far superior range of food to go and essentials, a new in store bakery has been fitted. This, along with the new Nisa partnership allows them to support all the local villages as well as the commuters using the A505.

Tom Highland believes the addition of the new extended range available through Nisa, including access to more than 2,000 Co-op own brand products, will take the store to the next level.

Tom said: “Having such a vast range of own-brand products with a strong name that people know and trust, has helped us grow the shop sales not only in areas where we were already strong, but also in new areas such as fresh produce where we have struggled in the past.”

Since expanding the shop and enhancing the range in the Royston store, sales have increased by 100% with plans for further growth as shoppers become increasingly aware of the improved offer available instore.

We would like to take this opportunity to thank the Highland Group for choosing us as their fit-out contractors and wish them the very best with the new venture! 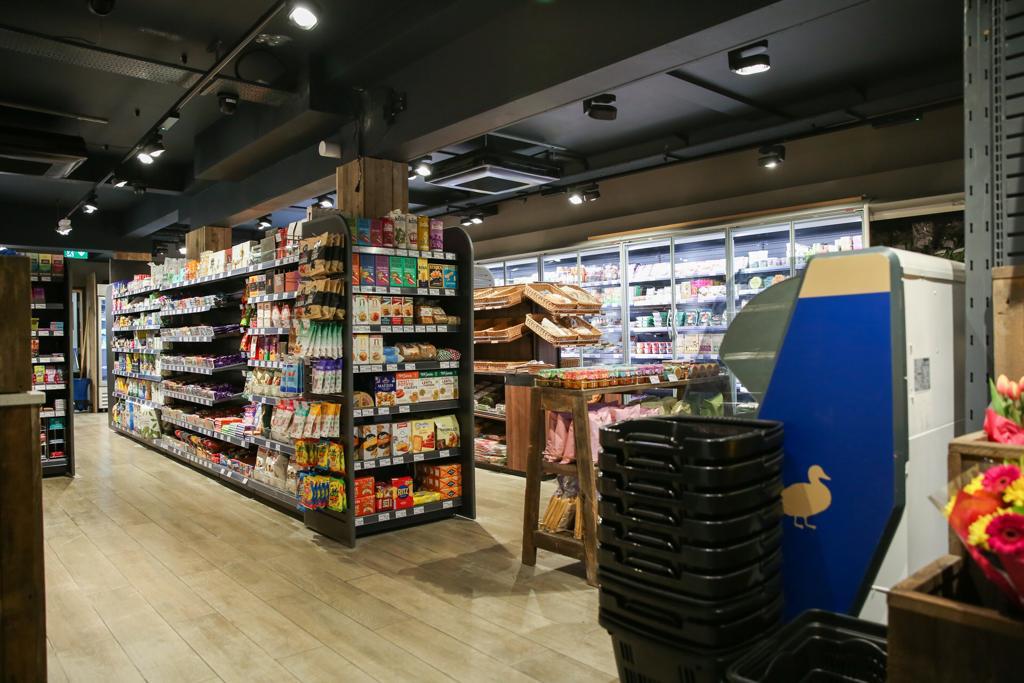 Here at Jordon’s we were thrilled to have been given the opportunity to update and modernise this family owned store, Barnes Pantry. Established in 1983 the store was originally a Londis store but now, handed onto the second generation, the store has been completely revamped to what it is today.

The family are very passionate about their store and want to give the community what they need by offering local produce, fresh bakery, artisan and vegan ranges, seasonal fruit and veg; fine wines and craft beers…the list is ever growing.

Project managed by our Retail Design Consultant Mike Perry, this project was delivered to the very highest standard, within time and budget. We’re sure you will agree it is a show stopper!

For any refrigeration, shopfitting, or air conditioning needs be sure to contact the Jordon Group at [email protected] and we’ll take care of the rest. 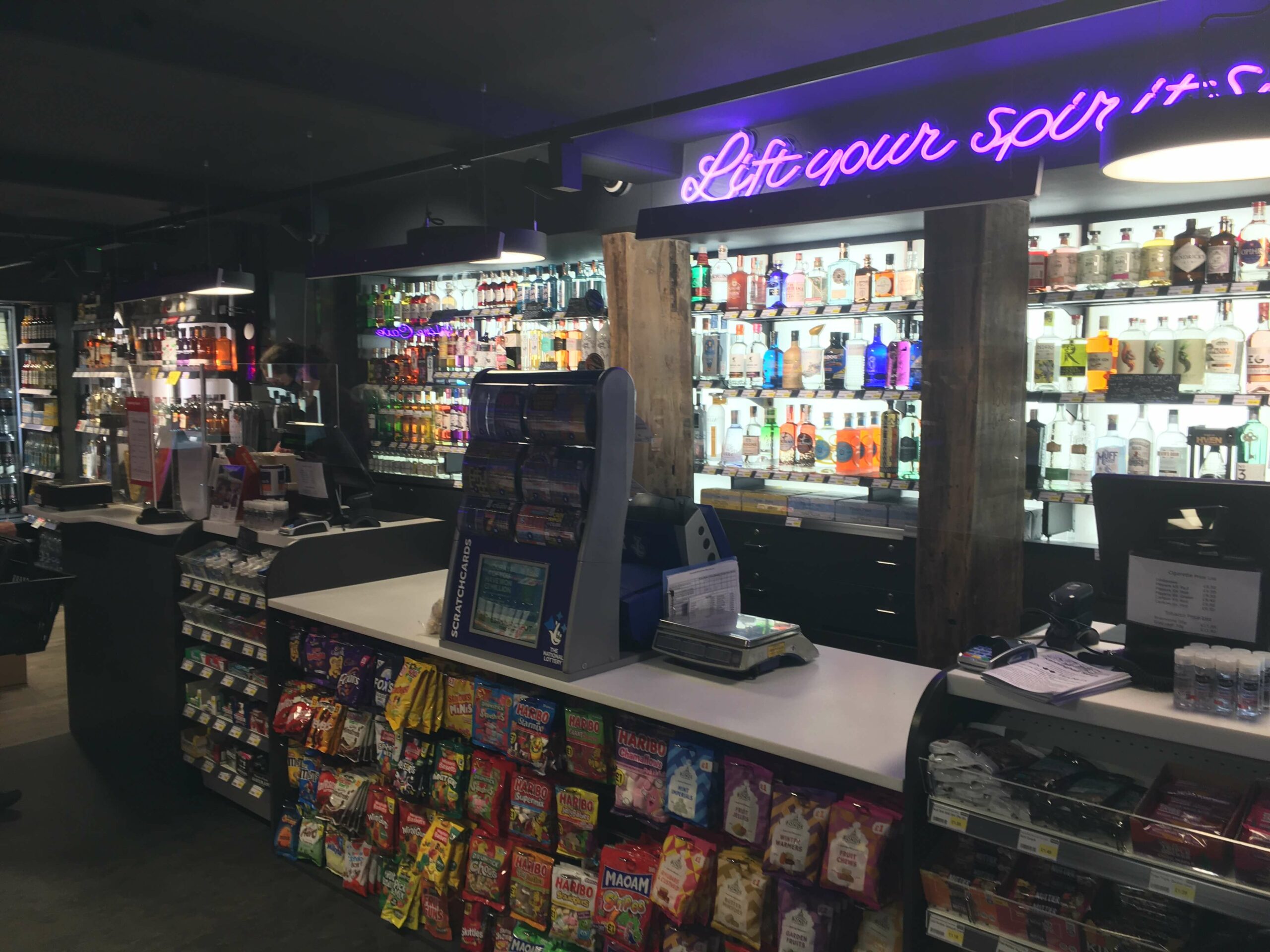 We are very proud of this fit-out we completed in April 2021, project managed by Retail Design Consultant Mike Perry, it’s an absolute stunner! Everything from the floor to ceiling was designed, installed and fitted by our dynamic team here at the Jordon group and we’re sure you’ll agree it looks fantastic.

The client gave Mike his vision and with careful designing and implementing we were able to turn this vision into reality. Delivered within and budget, the client couldn’t be happier with the end result, and we can certainly see why.

If you have a vision, let us turn it into reality, simply contact [email protected], we’ll take care of the rest. 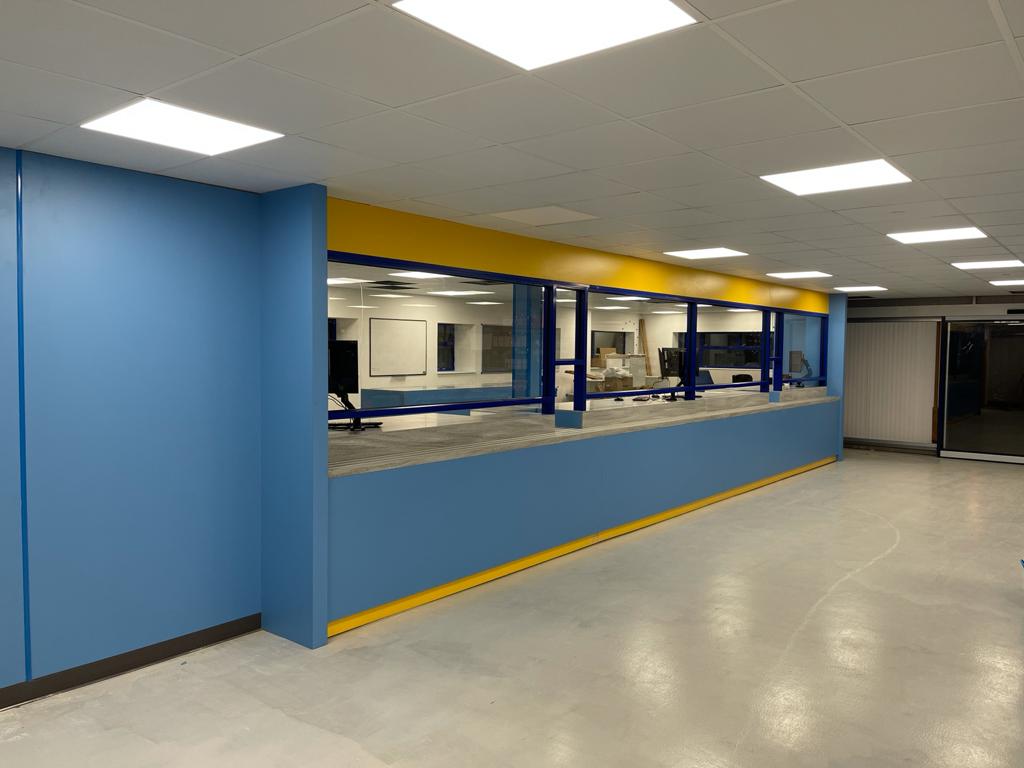 Medway Building are suppliers of a wide range of building products supplying your everyday needs from Sand and Cement to Timber, Bricks and Blocks plus a wide range of landscaping and gardening products. When Medway approached us to manufacture and install a new counter for them we jumped at the chance.

Using the highest quality materials whilst still maintaining a competitive pricing point, we aim to please on all projects large and small. Contact [email protected] with your refurbishment ideas and we can do the rest! 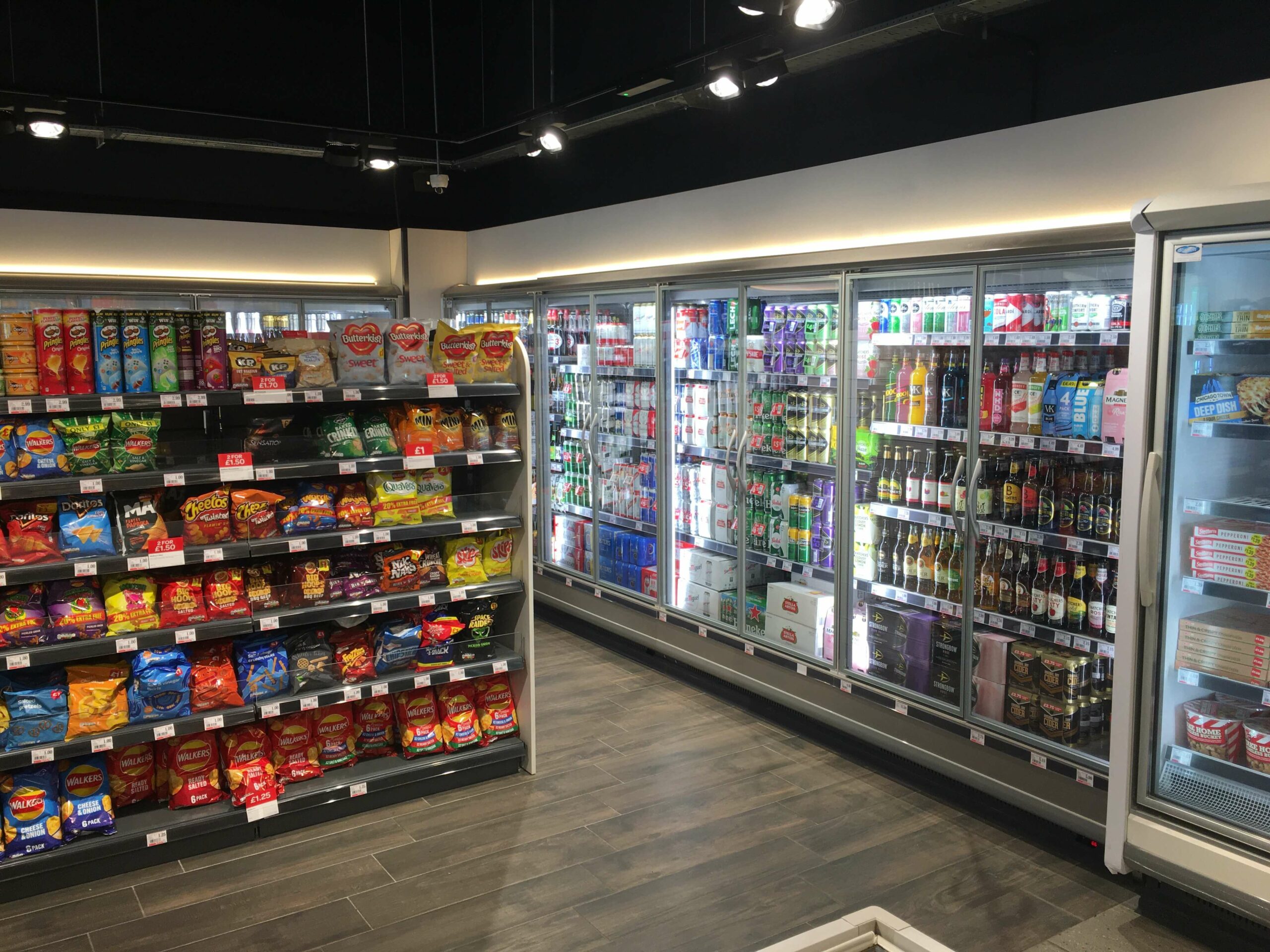 Located conveniently next to the train station in Sheffield, this modern Spar Convenience Store is a real gem.

Fully refitted by us in May 2021 this store now has a Costa Express, award winning food and drink and daily offers.

Completed within time and budget, the Jordon Group are your No.1 choice for any turnkey fit-out large or small, contact [email protected] with your ideas and we will take care of the rest. 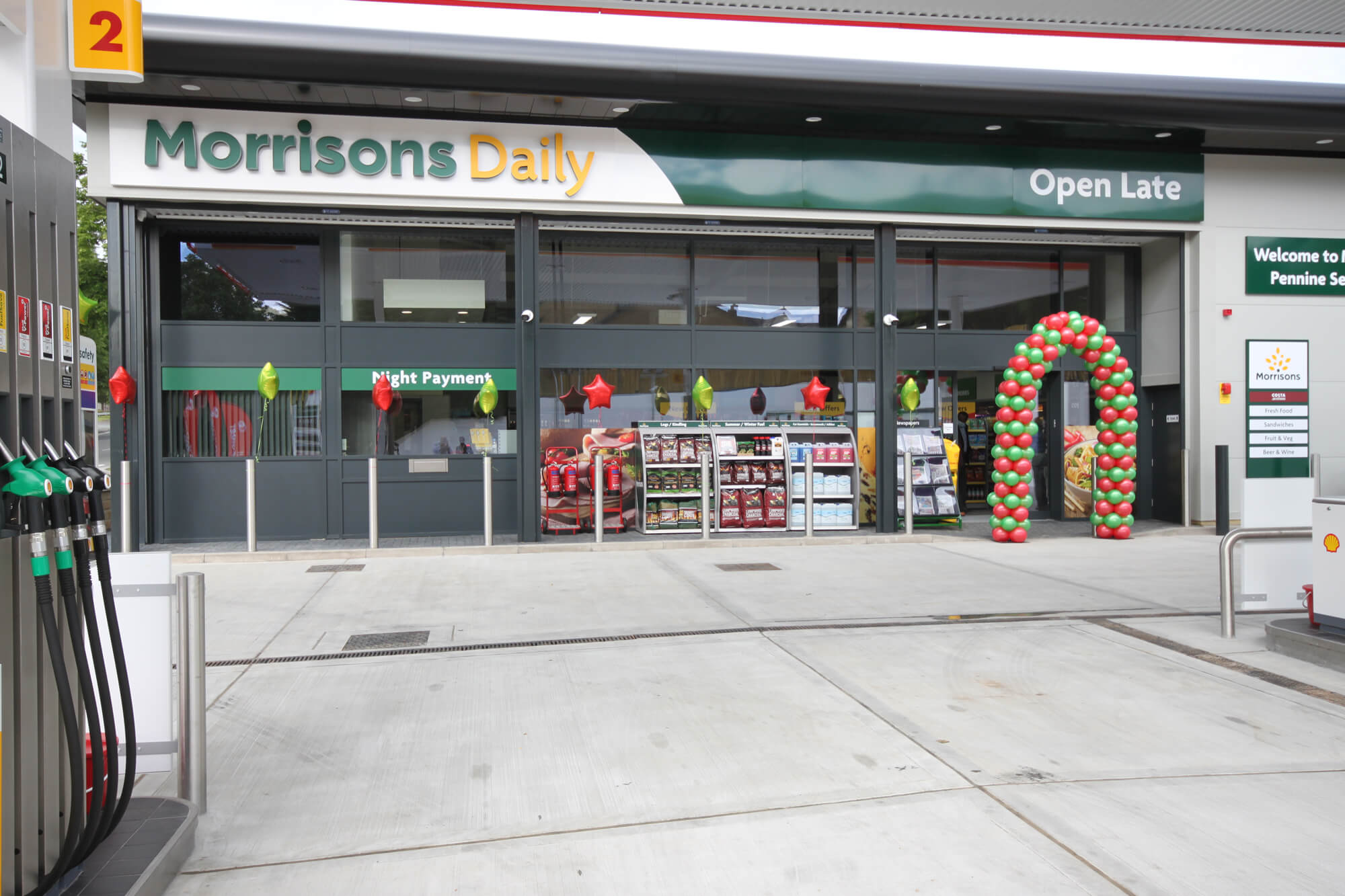 We are delighted to have completed this full re-fit within time and budget for Pennine service Station, based in Huddersfield. The convenience store was a Spar but it has now been fully re-fitted and changed to a Morrisons Daily. This is the first Morrisons Daily we have had the pleasure of fitting out so this was extra special for us, we think you’ll agree that the results speak for themselves!

Wishing the entire team the very best with the new store and thank you for choosing the Jordon Group as your contractor! 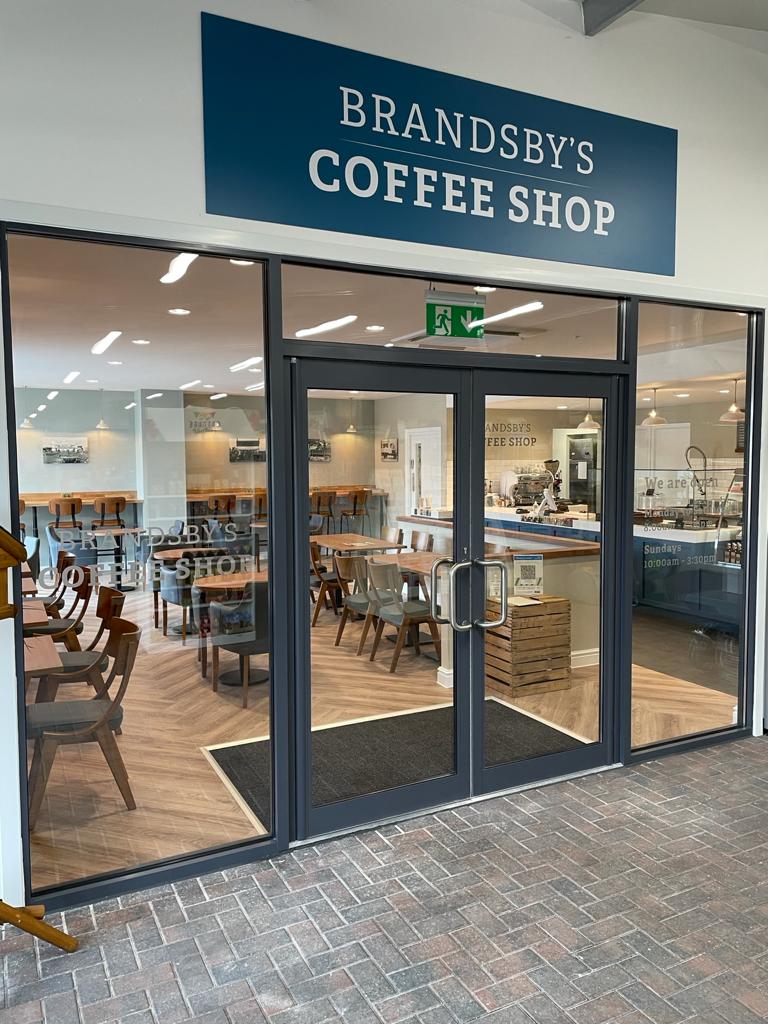 Brandsby’s Coffee Shop is nestled within BATA Ltd’s Easingwold Country Store & Garden Centre and was a real pleasure for us to fit-out. A truly welcoming & comfortable Coffee shop serving a variety of classic coffees, frappes and teas along with a selection of sandwiches, crisps and locally baked cakes & treats.

We would like to take this opportunity to thank the team at Brandsby’s for choosing us as their fit-out contractor and we wish you the very best with the new coffee shop!