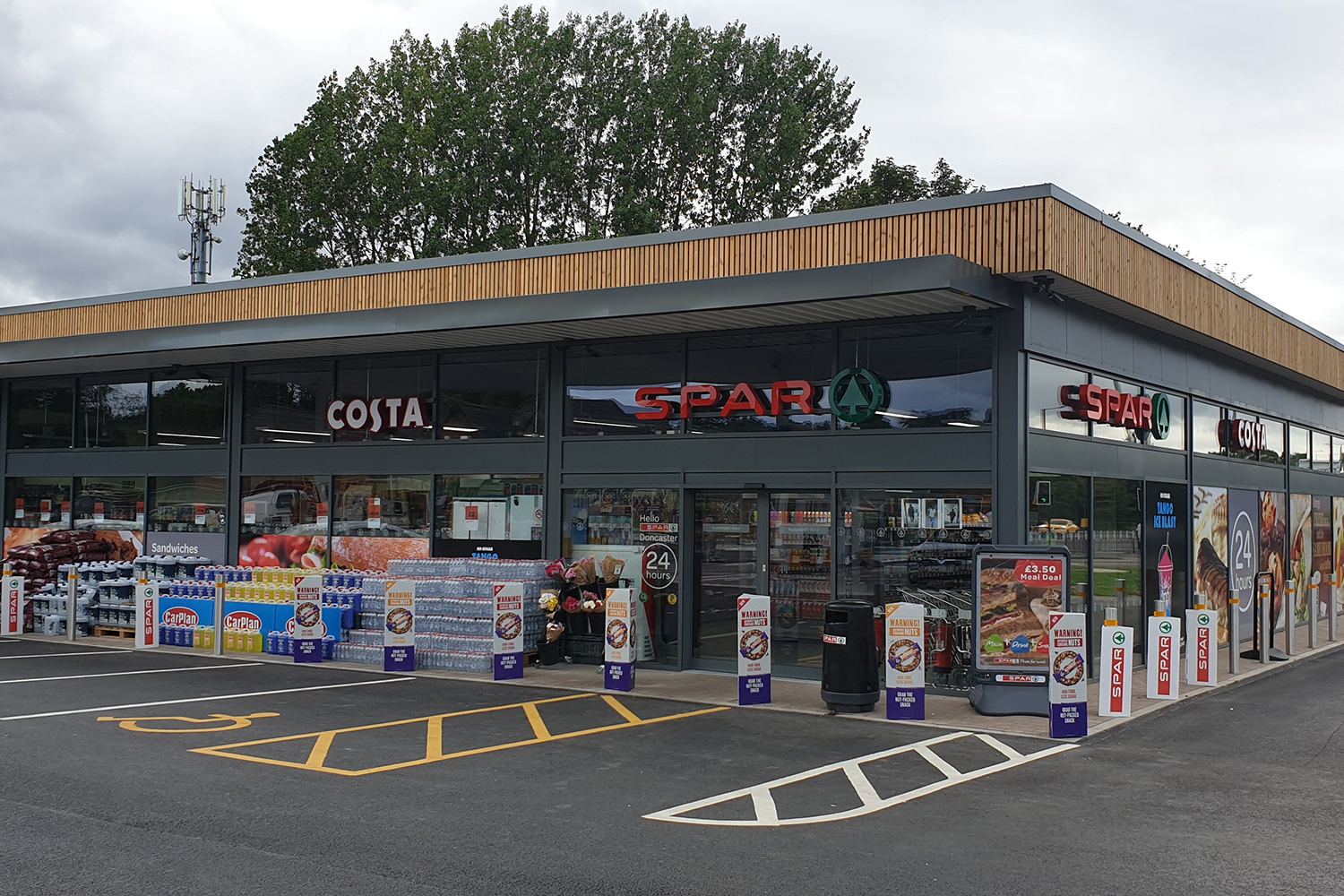 The latest redevelopment for Valli Forecourts was project managed by our very own Charlie Moreton and his team of engineers and joiners. Finished to an exceptional standard, within time and budget, we would like to thank Valli Forecourts for choosing The Jordon Group as their fit-out specialists. 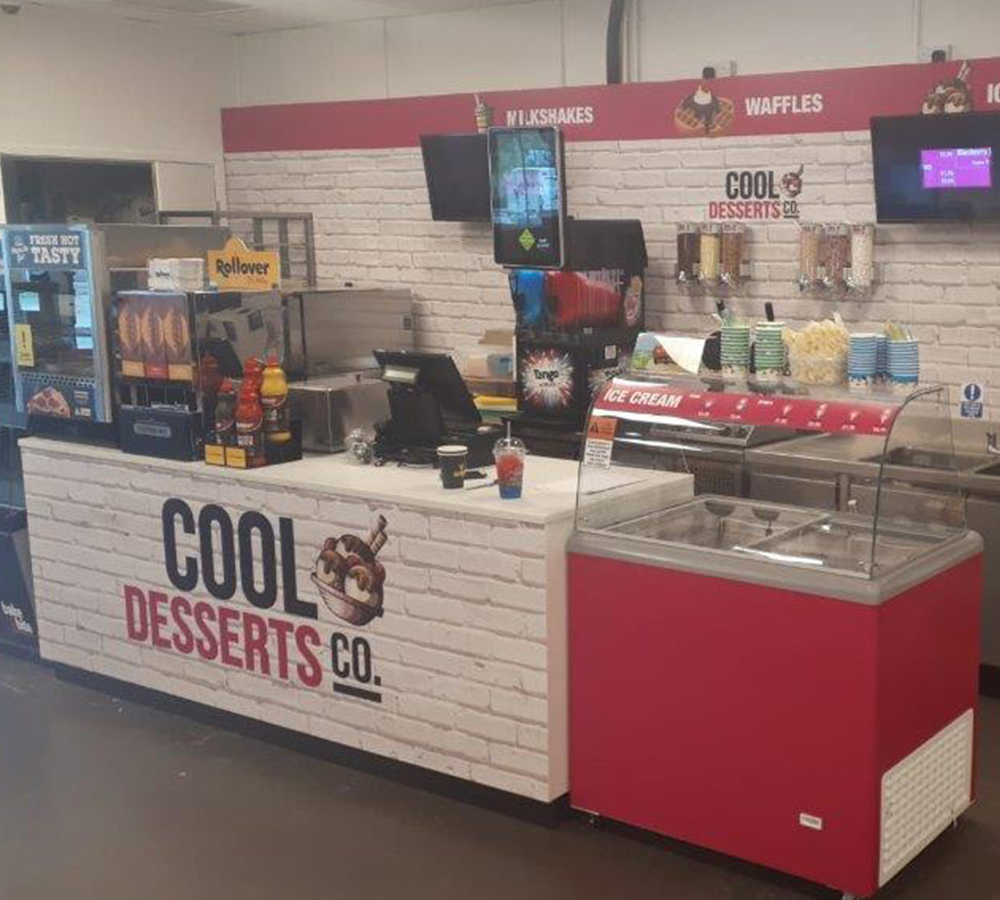 The Jordon Group are delighted to announce the opening of this wonderful new look and feel Premier Store at the University of Hertfordshire, fitted out in just two weeks.
UK Development Manager Scott Allibone commented on the project… 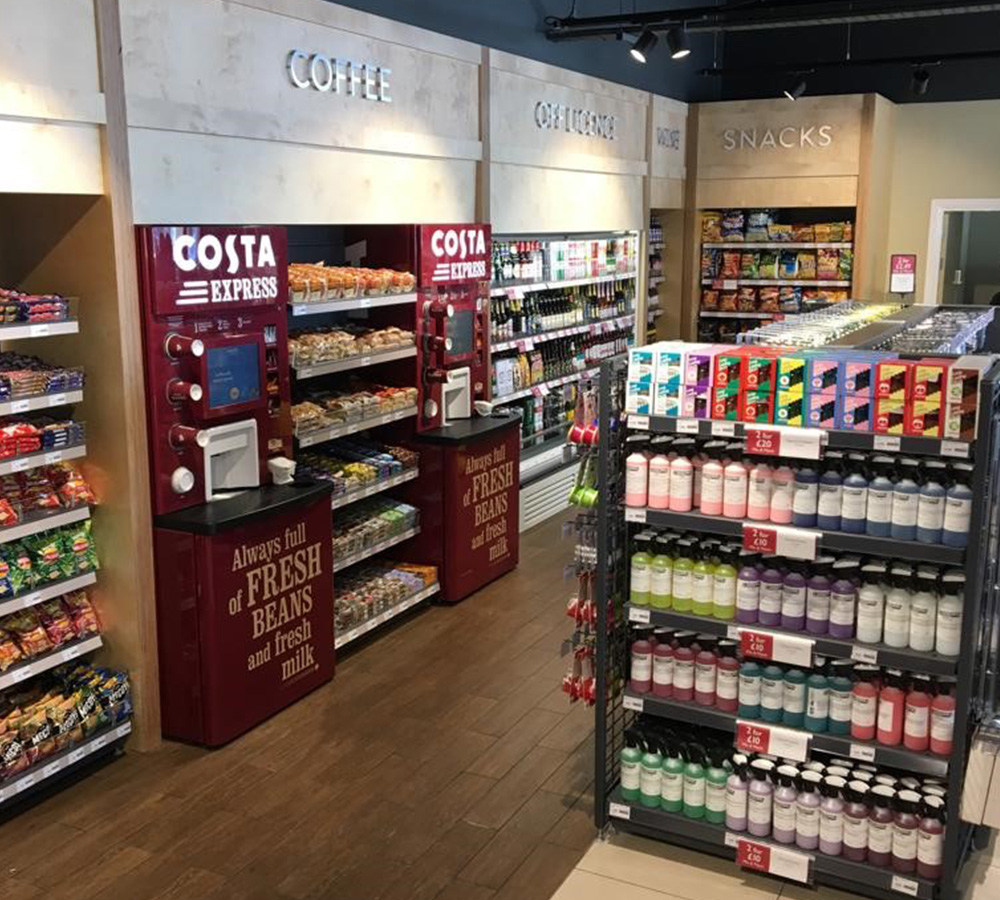 The Jordon Group are thrilled to have worked alongside Applegreen and Welcome Break on their latest Service Station fit-out on the M42 in Birmingham.

Equipped with many leading brands such as Starbucks, KFC, Krispy Kreme, Burger King and The Great British Bakery (to name a few) the hungry traveller should travel no more!
Finished on time and within budget, Hopwood Park Service Station is a real gem and definitely one to visit. 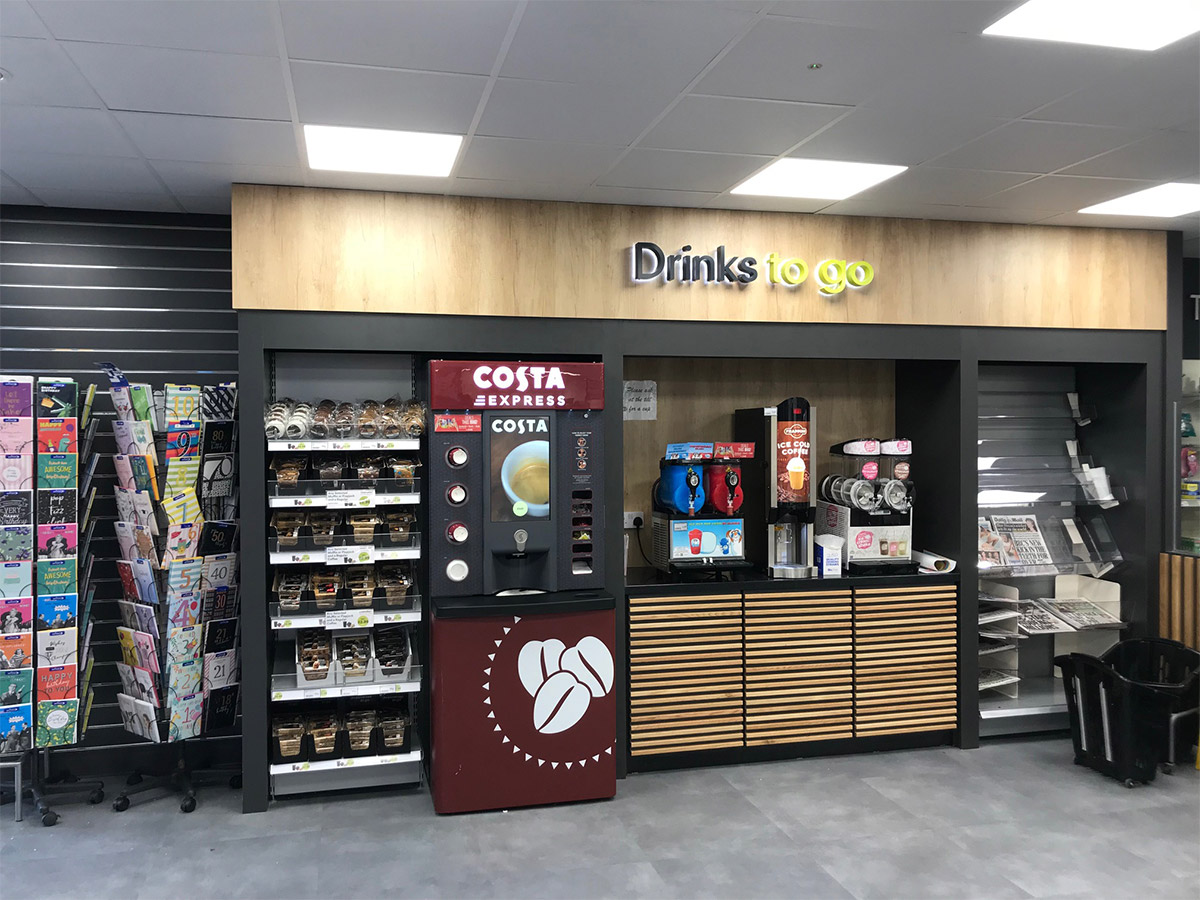 In the summer of 2019 we were privileged to fit-out the c-store home to the Royal Armoured Corps (RAC) and Bovington Tank Museum. The Royal Armoured Corps (RAC) provides the armour capability of the British Army, with vehicles such as the Challenger 2 Tank and the Scimitar Reconnaissance Vehicle so you can imagine how excited we were when we were approached to complete a project here!
The entire refit included maximising the retail space in order to house the new Greggs & Rotisserie Chicken area and was completed over a four-week period. The store remained trading throughout the project development and the finished results are impressive.

With thanks to Louis Davis (Head of Retail Operations ESS) for giving The Jordon Group this fantastic opportunity; we wish you all the best with the new store! 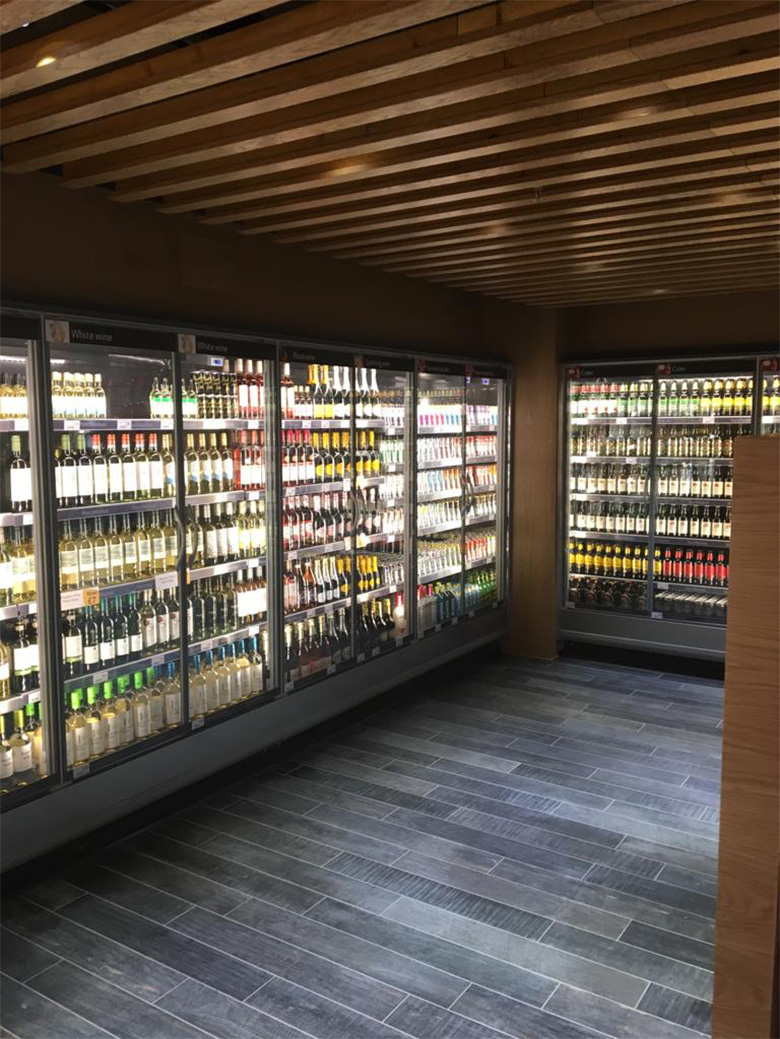 Our congratulations and best wishes go to Center Parcs UK as their new and fully redeveloped Parc Market at Elveden Forest opens to the guests!

The Jordon Group had the privilege of being the main fit-out contractor on this project, building a temporary Parc Market for guests to enjoy during the refurbishment.

The project was completed on time and to the very highest standards that Center Parcs are renowned for. 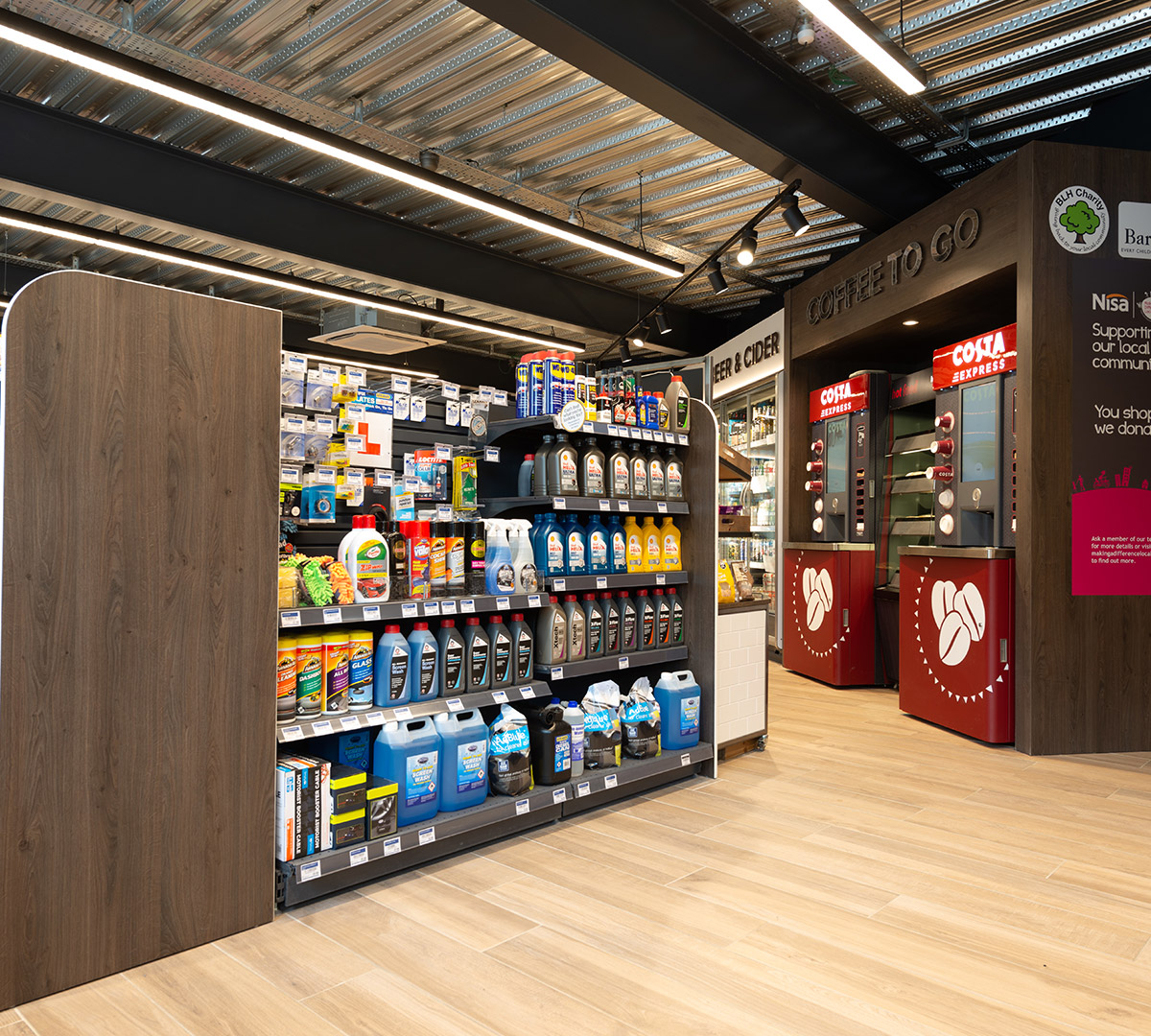 A wonderful new forecourt which boasts a full Nisa C-Store offer has officially opened in Hampshire.

The petrol station and forecourt were originally built in 1984 but in September last year work began to knock down and re-build a brand-new modern forecourt, boasting an impressive 2,000 sq.ft. Nisa store.

The Jordon Group had the honour of being the shopfitting contractors on this impressive project and the business re-launched at the end of March with the official grand re-opening taking place in the middle of April, ahead of the Easter weekend. 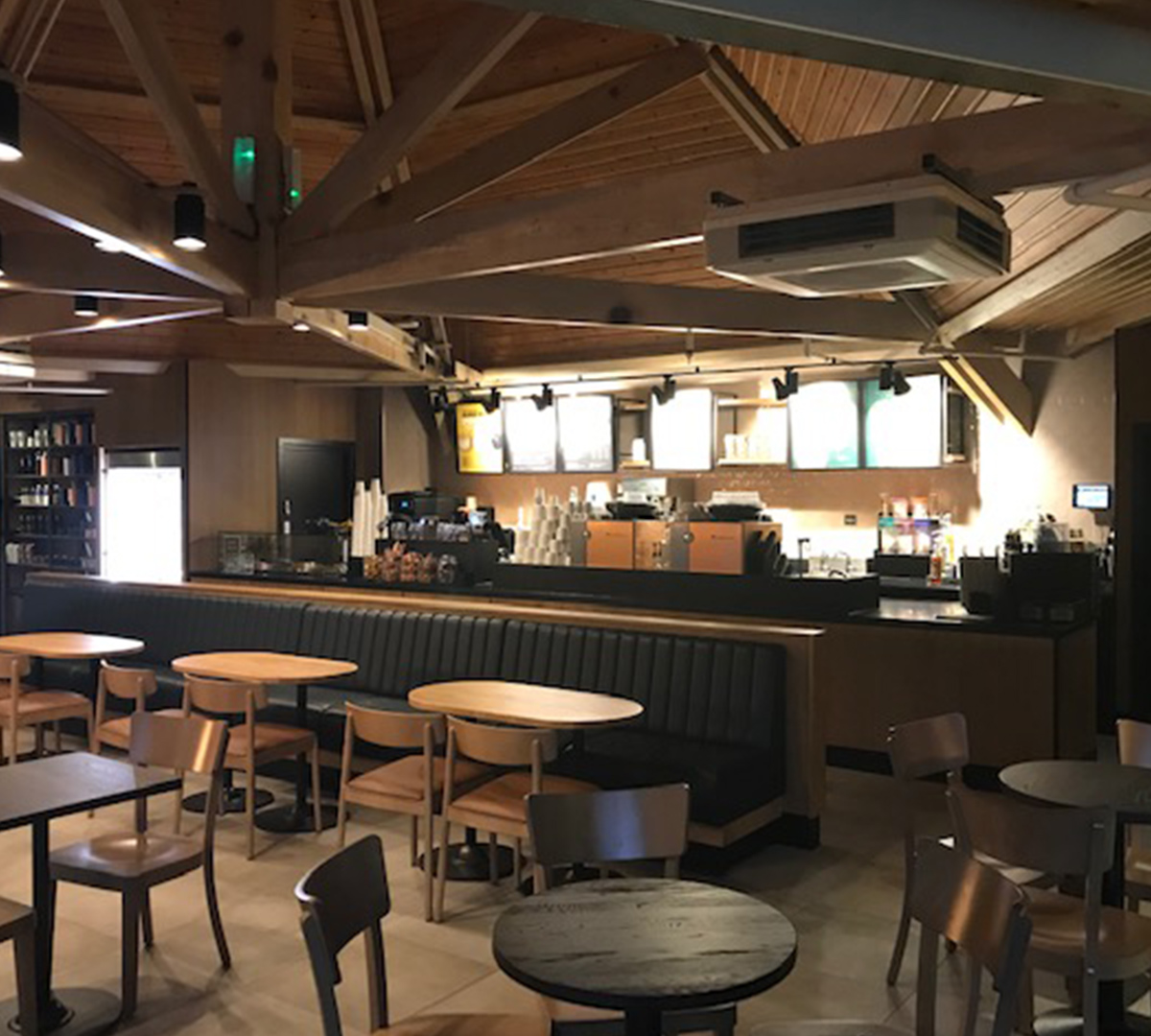 We are delighted to announce the completion of all works at the latest Starbucks at Center Parcs, Sherwood Forest.

Completed on time and to the highest quality standard that both Center Parcs and Starbucks are renowned for, we can’t wait for the guests of Sherwood Forest to sit back and enjoy! 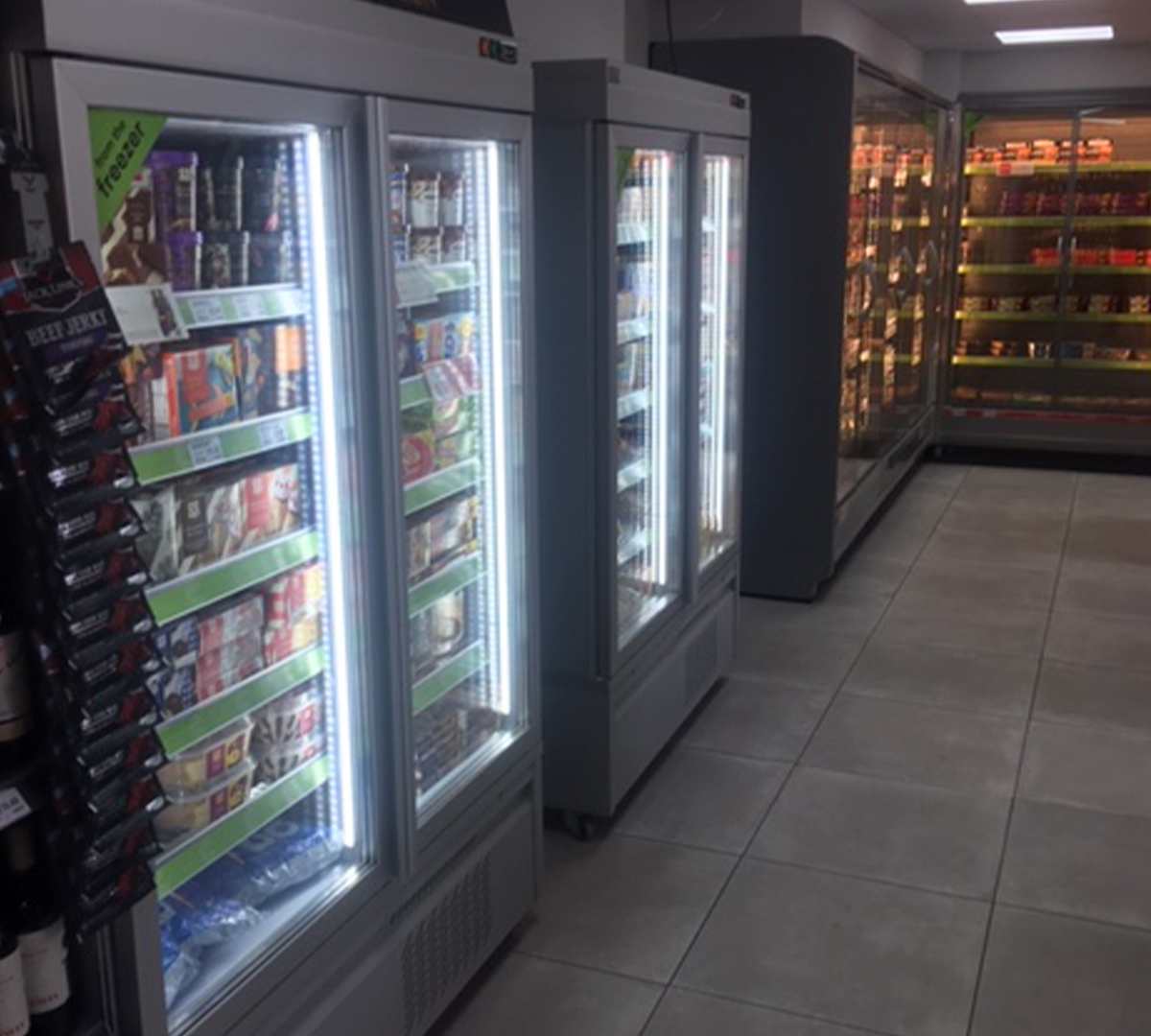 The Jordon Group are delighted to announce the opening of the new Costcutter Windsor. This development was completed on time, within budget and with no snagging required.

Project managed by our Retail Design Consultant Paul Rosser and his team of highly skilled joiners and engineers, our thanks go to all colleagues involved in the programme during the two-week development period. We are happy to report that both Costcutter and Mrs Charul Patel are extremely complementary of the final outcome. 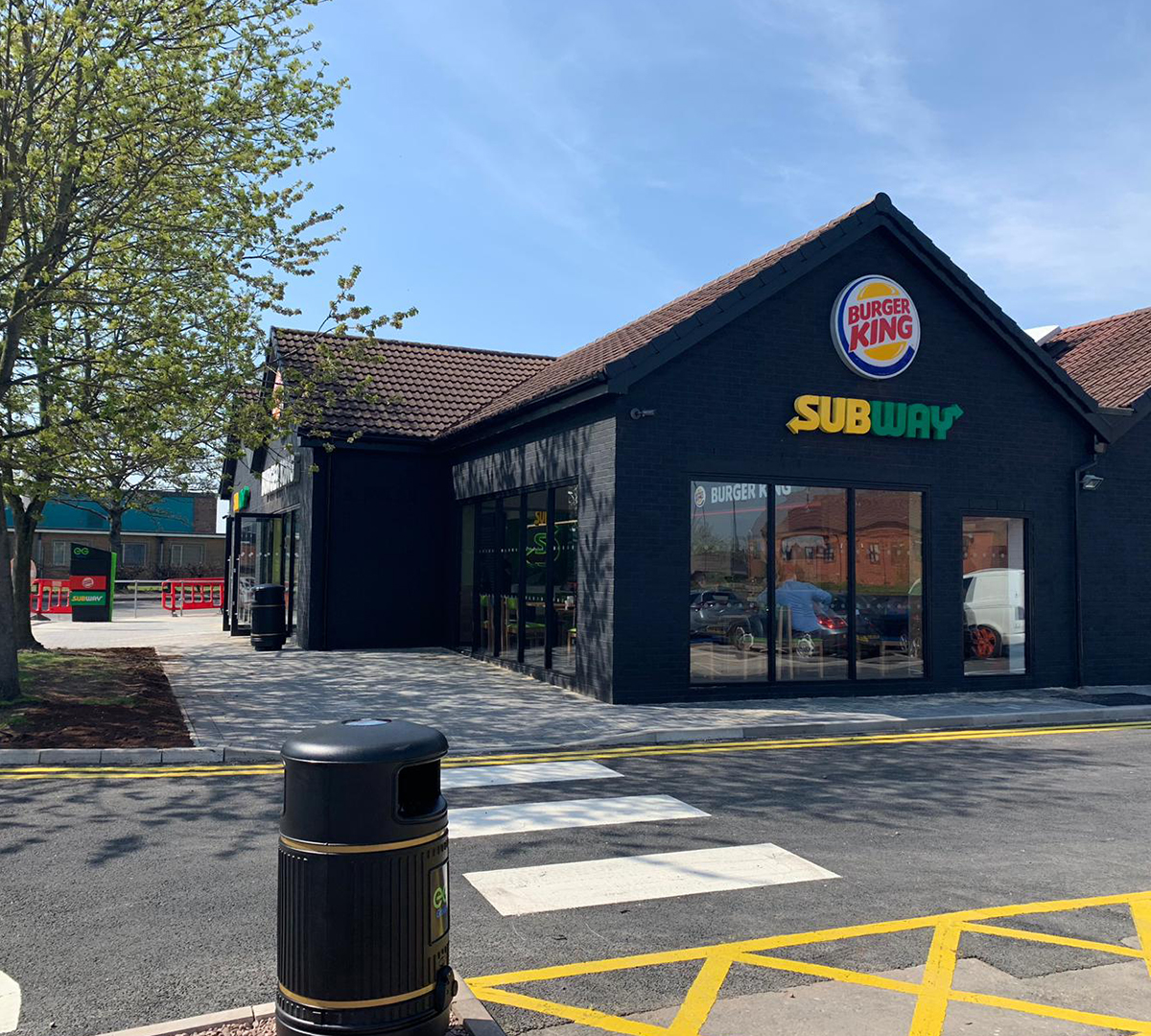 The Jordon Group have just completed full works on the refurbishment of this Subway / Burger King fast food restaurant.
Re-opened in April 2019 all works were completed on time and within budget.

Best of luck to the entire team and with thanks for choosing the Jordon Group as your shopfitting contractors! 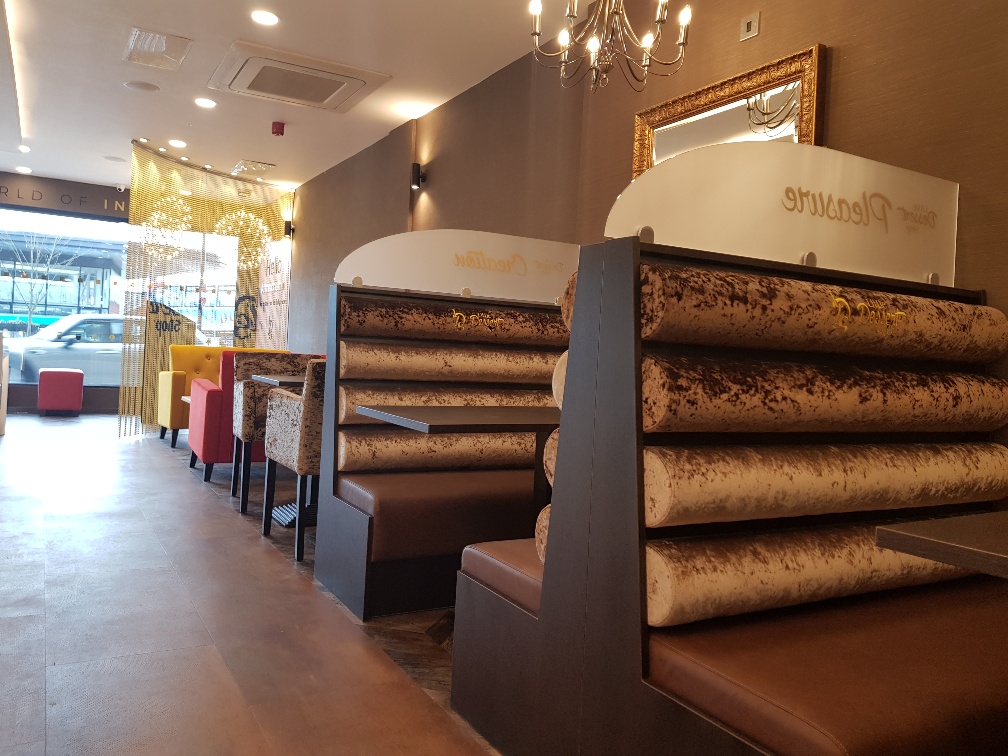 The Jordon Group had the pleasure of completely fitting-out this exciting new ‘Little Dessert Shop’ in Altrincham!

Our Retail Design Consultant Chris Moore project managed it from start to finish and it was completed within budget and time scale.

The new store has been very busy since the opening on Mother’s Day and we wish the team the very best of luck with their new venture.